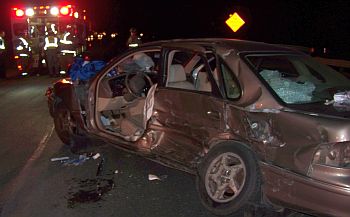 11/15/10 A two vehicle crash Friday night claimed the life of a Plymouth woman and injured four. 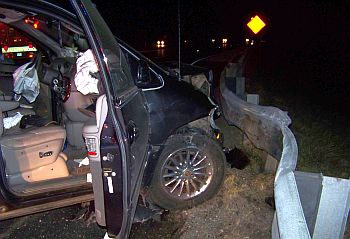 85 year old Doris R. Emmons died Saturday morning at 1:30 from injuries she received in a crash at Plymouth Goshen Trail and US 30. 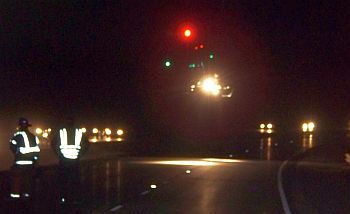 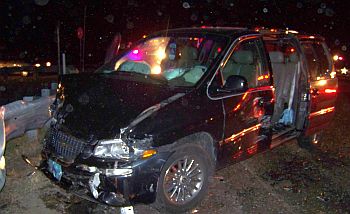 Emmons’ Toyota was directly in the path of a 2000 Chrysler Town and County Van driver by 74 year old Edward A Waltz of Rochester who was east bound on US 30.  Waltz was unable to avoid the automobile and struck the Emmons vehicle directly on the driver’s side.

After the impact the Waltz van careened off into the guardrail where it came to rest.

Doris Emmons was airlifted by Med Flight from the scene to Memorial Hospital in South Bend.  She died at 1:30 Saturday morning from blunt force trauma to her head. 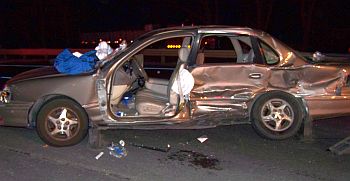 Officer Rick Kanarr was assisted at the scene by Plymouth Police, Fire and EMS, Indiana State Police and Med Flight.