Only Minor Injury in Carsh at Plymouth Goshen and US 30 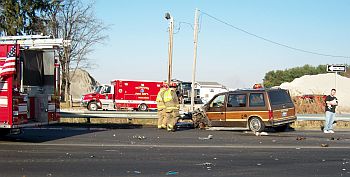 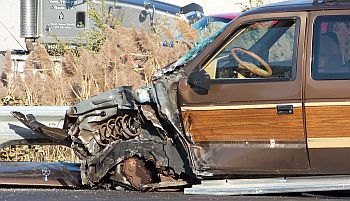 According to the Trooper, a 1986 van driven by a female from Plymouth was southbound on Plymouth Goshen Trail and failed to see a west bound semi on US 30.  She pulled into the passenger side of the tractor.  The impact caused her van spin and it came to rest facing west on US 30 against the guard rail on the north side of the roadway. 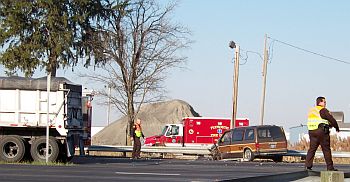 The semi driver was from Florida and uninjured in the crash.  His vehicle was drivable with some minor work.  The female in the van was transported to Saint Joseph Regional Medical Center with minor injuries.  Her 1986 van was totaled in the crash.