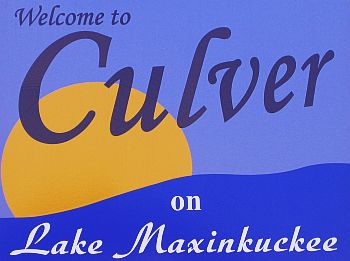 11/02/10 Culver Town Manager, Michael Doss announced Monday afternoon their success in applying for a grant that will provide sidewalk improvements and such.

The Town of Culver recently received a Safe Routes to School Grant from INDOT in the amount of $250,000. The grant is 100% reimbursable and funds will be used to fund sidewalk improvements, crosswalks, curb ramps and flashers under the 2010 Safe Routes to School Program for portions of Ohio Street, Main Street and School Street in the town. The project was one of seven non-infrastructure activities and fourteen infrastructure projects selected through a highly competitive review and approval process. This was the fifth year of Indiana’s Safe Routes to School Program and INDOT received a total of 32 applications seeking almost $5.7 million in funding. The SRTS Advisory Committee and INDOT awarded over $3.4 million in funds to the 21 selected proposals. The Town of Culver partnered with the Culver Community Schools to collaborate and submit a grant proposal for the Safe Routes to School program.

The Indiana Safe Routes to School (SRTS) Program is based on the federal program designed to make walking and bicycling to school safe and routine. Walking and bicycling are viable transportation alternatives for travel to and from school with significant potential benefits, among them reductions in motor vehicle traffic, associated fuel consumption for school trips and improved air quality

Student surveys and parent surveys were completed for each school applying for Safe Routes funding in Indiana.