Grolich Retires from City after 25+ Years 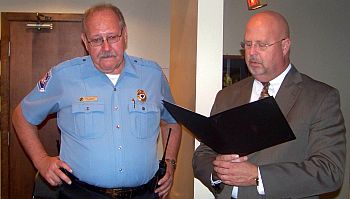 10/27/10 Tuesday afternoon The Plymouth Fire Department was filled people offering good luck wishing and congratulations to one of the full-time paramedics who was retiring. 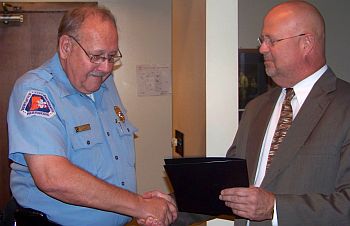 John Grolich’s last day on duty was October 26th.  His official duties for the city were completed at midnight. 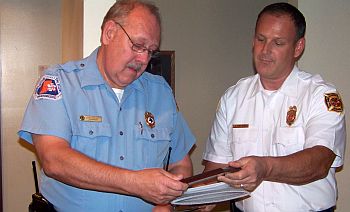 Mayor Mark Senter read a proclamation that said, “During the over 25 years he has served the City of Plymouth as a firefighter/paramedic, he has significantly contributed to the quality of medical care given to our residents and visitors.” The proclamation continued, “Serving as Assistant Chief and Chief Paramedic for many years and as an instructor responsible for training hundreds of Emergency Medical Technicians and Firefighters in our area, his dedication to outstanding medical care of our residents is beyond reproach.”  He closed by stating, “The performance of his duties and responsibilities, and his working relationships were always characterized by an obvious dedication to the job well done.”

John began his medical career as a basic EMT in Argos in 1974.  He came to Plymouth in 1982.  Plymouth was the only community in the county to offer continuing education to help keep certification in place. 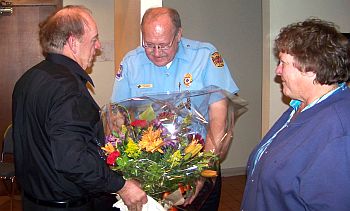 Under the direction of then Fire Chief Wayne Smith John Grolich and Pat Houghton persevered at getting the Paramedic program in Place.  He said, “It was a lot of work and heartache.  With the diligent work and support of the Chief, Council, and hospital we got the program up and running in 1991.” 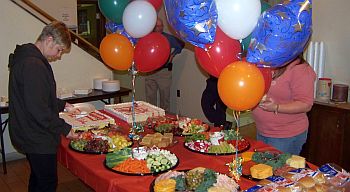 Retired Chief Wayne Smith said, “I see people are walking the streets today that would not have made it without the paramedic program.”

Plymouth Fire Chief Andy Metsker said, “I’ve only worked with John a few years in this position.  I don’t have a clue to the depth of your knowledge.  Hopefully you’ve transferred enough over for us.” 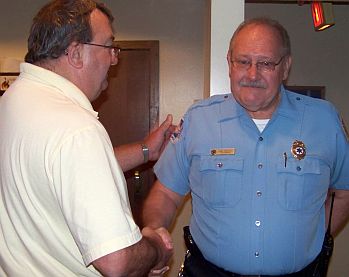 Grolich said he plans to continue teaching in the fire service.  He also chairs the District 2 Fire Council.

After thanking those in attendance John said, “I anticipate the next chapter in my life being a rewarding as this portion has been.”