Plymouth’s Langdon says Thanks to the Voters 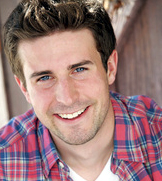 10/25/10 Plymouth’s Tyler Langdon is glad that things are getting back to normal – at least as normal as an actor’s life can be.

“It’s been the most stressful two weeks of my life,” he said with a laugh. “Every free moment has been filled with being on Facebook, emailing, reminding people to vote for me. Now I have to catch up with all the things I didn’t do. I’m sure I have about a billion emails to catch up on.”

Langdon was one of the finalists for the Hollywood Discovery Award part of the Hollywood Movie Award’s portion of the Hollywood Film Festival’s week of activities. Nominated for the spot, it was up to the will of the internet voters that went to Yahoo Movies to place their vote for their favorite male and female performer.

With voting now complete, Langdon can merely sit and wait for the phone to ring.

“I just really want to thank everybody that voted for me and all the support everybody gave me,” he said. “I’m just so appreciative that people kept voting for me and didn’t just get sick of hearing my name and having me remind them to vote. I really can’t thank everybody enough.”

He also knows where his real fans are.

“I’m totally convinced that the city of Plymouth, Indiana is single handedly responsible for where I’m at in the voting,” said Tyler. “I can’t say thank you enough to everybody back home.”