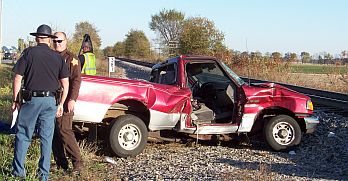 10/25/10 Friday evening at 5:15 emergency crews responded to a two vehicle crash at King Road and Lincoln Highway east of Plymouth that sent three to the hospital. 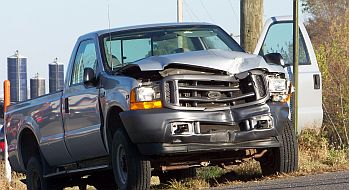 A 1995 Ford Ranger Pick-up truck driven by 56 year old Kay L. Davis of Bourbon was south bound on King Road.  According to witnesses at the scene, Davis disregarded the stop at Lincoln Highway. Her pickup truck drove into the path of a 2001 Ford F350 driven by 64 year old Rex A Brock of Bourbon.  The impact sent the Ranger up the railroad embankment where the truck came to rest just of the rail road track.  Brock’s truck spun around and ended up heading west. 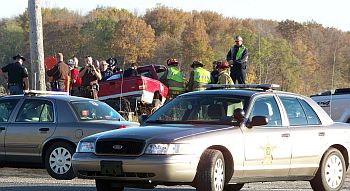 Kay Davis complained of pain to the hip and back while a passenger in her truck, 37 year old Renee Craig-Saunders of Bremen had internal injuries and hip injuries.  They were both airlifted to Memorial Hospital in South Bend.  Rex Brock was transported to Saint Joseph Regional Medical Center in Plymouth.

Indiana State Police Trooper Mike Gruett was the investigating officers.  He was assisted at the scene by Marshall County Police and Plymouth Fire and EMS. 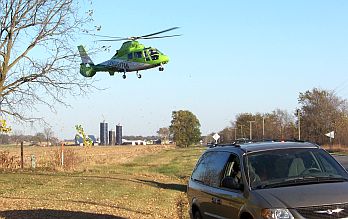 Seatbelts were in use and effective in preventing or reducing injuries.