Community Send off for “Pride of Plymouth” Saturday Morning 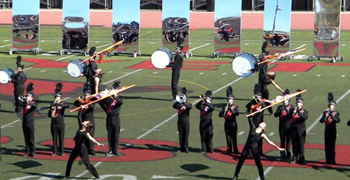 10/22/10 Eighty-one high school marching bands have been selected to participate at the ISMA Semi-State Marching Ban Festival to be held this Saturday, October 23rd at one of four sites.  Each band is entered in one of four classes A, B, C, and D according to school size.  The top ten bands from each of these four classes will perform at the 38th Annual State Marching Finals on Saturday, October 30th at Lucas Oil Stadium. 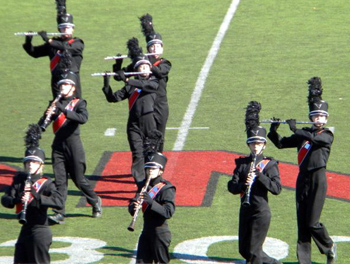 The Pride of Plymouth Marching Band is on their way to Plainfield, Indiana for this year’s Semi State Marching Band Competition.  They will compete in the class C competition against Maconaquah from Bunker Hill, John Glenn from Walkerton, Twin Lake at Monticello, Northwood, Fairfield from Goshen, and Concordia Lutheran in Fort Wayne to name a few.   Plymouth is scheduled to perform at 4:15. 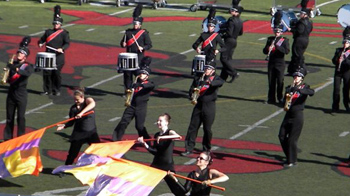 Under the direction of Bryan Ames, this is the second time in three years that the “The Pride” has advanced to the Semi State competition after placing in “the top 10” out of 17 class C bands at the Lafayette Regional this past Saturday.

The community is invited to line the streets on Saturday at 9:30 AM in downtown Plymouth for a “well wishers send off” and a police and fire escort as they head out of town to the semi-state.