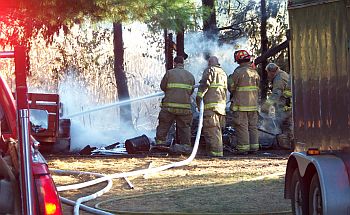 10/22/10 The burn ban in Marshall County continues to be in force.  The County Commissioners first enacted an emergency order on October 6th for one week.  On October 13th they extended the burn ban until conditions improve.  On Monday, October 21st the re-established the emergency burn ban and added a penalty clause because it appeared citizens were not taking the ban seriously.  Violators can be charged all cost for time and materials for emergency services to respond to a fire. 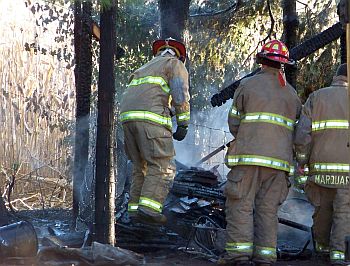 On Sunday evening the Plymouth Fire Department was dispatched to 8243 7th Road for a reported corn field fire where the corn had not been picked yet.  When the fire fighters arrived on the scene they found a fire at the rear of the Larry and Nancy McPherron residence. 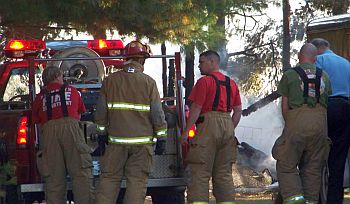 Fire Chief Andy Metsker said, “The fire was started by outside burning that escaped the burn area and was listed as accidental.” The fire only grazed the edge of the corn field and firefighters were able to put the fire out in a short period of time.