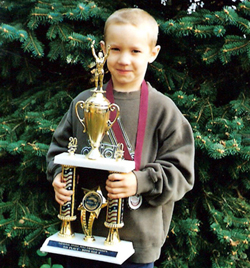 Richard qualified for the competition by placing first at the Indiana State Fair “Champion of Champion’s Competition” in August.  He then participated in the Michigan Pedal Pull and brought home a second place finish.

Sean Richard is the son of Jason and Tori Richards of Plymouth.