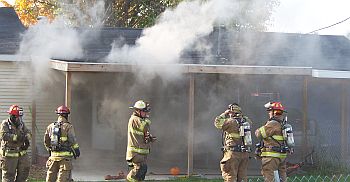 10/14/10 Firefighters with the Plymouth Fire Department responded to the corner of Jim Neu and PIDCO Drive about 10 a.m. on Tuesday.   The property at 1927 Jim Neu is listed in the County’s GIS as being owned by Juan Luva.

The 9-1-1 call came in as a structure fire with flames showing.  As firefighters rolled up on the scene they found a single story home on the south east corners of the intersection with thick smoke escaping out the open front door and roof area. 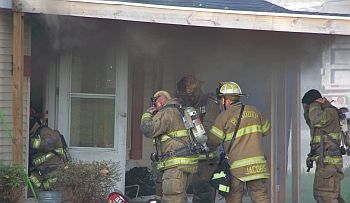 The occupants were able to get out of the home prior to emergency crews arrival.

The fire was started in a bedroom and was ruled incendiary in nature.  An investigation into the cause of the fire is underway.

One Plymouth volunteer firefighter was transported from the scene of the fire to Saint Joseph Regional Medical Center in Plymouth with an injury he suffered at the scene.   He was treated and released for a non-life threatening injury. 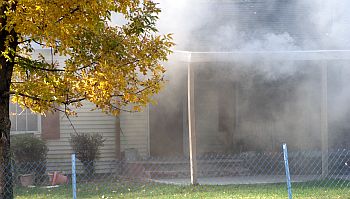