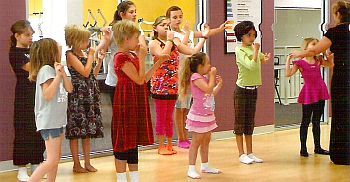 10/13/10 Tickets are now on sale for the Marshall County Church Orchestra’s annual concert and dessert.  Under the direction of Don Harness the orchestra will join with the Lifeplex Dance Academy to present The Nutcracker by Pytor Ilyich Tchaikovsky.

Tchaikovsky’s adaptation of the story “The Nutcracker and the Mouse King” by E. T. A. Hoffmann was written in 1891. In Western countries, The Nutcracker has become perhaps the most popular of all ballets, performed primarily during the Christmas season. In the United States, especially since the 1960s, it has transcended its origins as a mere ballet or piece of classical music, becoming a part of American tradition.

The concert and dessert will be held at Christo’s Banquet Center on Thursday, November 18 and Friday, November 19 at 7:00 p.m.  Tickets are $12.00 each.  As seating is limited, Harness urges everyone to purchase their tickets early. For more information or to purchase your ticket you may contact any orchestra member or call 936-7357.