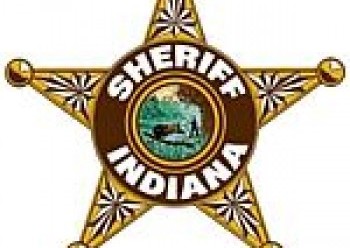 On Sunday, October 3rd at 3:22 PM the Marshall County Sheriff’s Department received a call from a person watching a subject at a residence on 4B Road. It was believed that the person had gained entry into the home. Upon arriving at the location and the subsequent investigating of the situation found that the person that gained entry. The subject had been homeless and gained entry into the home while the home owners were gone. He used the home to prepare meals and use other conveniences of the residence. A juvenile was located along with the subject was questioned.

Patrolman Les McFarland arrested 40 year old Johnny Whitt for residential entry. He was transported to the Marshall County Jail and booked on a $1,000 bond.

At 7:07 PM Sunday Patrolman Nicholas Laffoon from the Sheriff’s Department responded to the location of New Wine Church in Bourbon in reference to a theft and criminal mischief complaint. Upon arriving at the scene it was found that between the hours of 1:30 PM and 7:00 PM an unknown person or persons had slashed the victim’s tires on a vehicle parked in the parking lot. It was also found that the vehicle had been entered and items had been removed from it. Anyone with any information on this or any other incident is asked to call the Marshall County Sheriff’s Department at 936-3187.