CONGRESSMAN DONNELLY VOTES TO CRACK DOWN ON CHINESE CURRENCY MANIPULATION 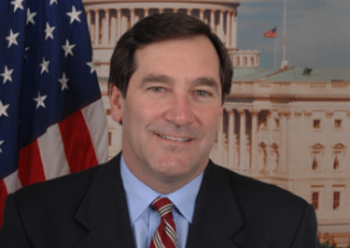 10/01/10 Thursday, Congressman Joe Donnelly supported The Currency Reform for Fair Trade Act, H.R. 2378, which would allow for tariffs to be imposed on certain goods imported from a country whose currency is unfairly valued against the U.S. dollar.

“In north central Indiana, we’re fortunate to have a number of talented and innovative manufacturers, but they’re currently in an unfair fight,” said Donnelly. “The Chinese government is currently manipulating their currency so their goods are essentially on permanent sale. This is unacceptable. The bill I supported today achieves what I’ve heard from Hoosier business owners and what I’ve been advocating for in Congress: identify the currency manipulators and impose the penalties necessary to level the playing field. Given a fair fight, American manufacturers will win every time.”

Many economists and business owners believe that China’s policy of pegging the value of its currency to the U.S. dollar is a deliberate effort to gain a competitive advantage by undervaluing its currency. By doing so, Chinese manufacturers are able to sell their goods overseas at artificially lower prices than American-made goods, and at the same time, make goods produced in the United States more expensive to Chinese consumers. Donnelly has long advocated for action on the issue on behalf of Hoosier manufacturers and workers, most recently in a letter to Secretary of the Treasury Tim Geithner. Read a copy of Congressman Donnelly’s letter to Secretary Geithner here.

The Currency Reform for Fair Trade Act, of which Donnelly is a co-sponsor, would require the U.S. Treasury Department to determine whether the exchange rate of the currency of an exporting country is undervalued or overvalued against the U.S. dollar for an 18-month period. If it is determined that a country’s currency is being under- or overvalued, this bill would require that tariffs or other offsetting actions be imposed in order to offset the misalignment.

The Currency Reform for Fair Trade Act passed the House with bipartisan support, 348 to 79, and was sent to the Senate for its consideration.