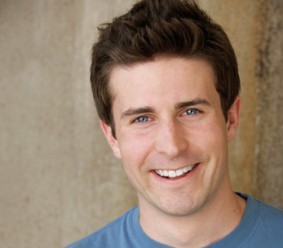 09/30/10 Tyler Langdon a 2004 graduate of Plymouth High School is one of 5 finalists for the 2010 Hollywood Discovery Award – given by the Hollywood Film Festival. It is an award given to an up-and-coming actor/actress. Tyler has made it past a committee of screenwriters and is now up for a “people” vote similar to the kind like Denver and the Mile High Orchestra did a year ago.

Judging was done by award winning casting directors in LA. Now, it’s up to America to choose their favorite. The winner will get to walk the red carpet at the Hollywood Awards Gala.

“If I win this award,” Langdon explained, “It will be one of the biggest benefits to my career that I could ever hope for.”

After graduation from PHS Tyler went to Notre Dame and graduated. He then moved to California to begin his acting career. He appears to be on his way. Tyler is the son of Bill and Mindy Langdon.

To vote for Tyler Langdon, and to see his scene visit: http://movies.yahoo.com/hollywood-movie-awards