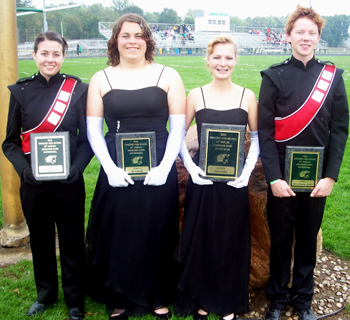 For the second week in-a-row, the band placed first at the invitational.  Fairfield was 2nd, John Glenn was 3rd, Northwood, was 4th, and Wawasee was 5th.

This coming weekend, the band will compete in the Penn High School invitational.

Photo of the Pride of Plymouth Drum Majors holding the trophies from the Concord Invitational.