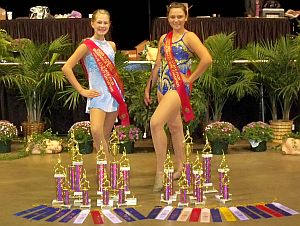 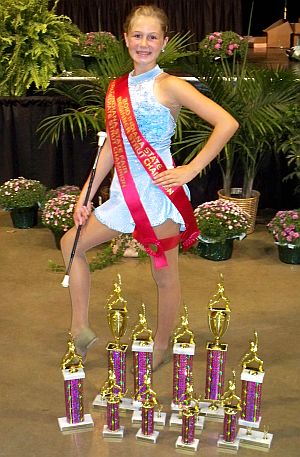 In all, the girls came home with 19 first place trophies.  Three firsts they won together competing in Parade Line March, where they remain undefeated, and two for their first pairs routine.  They will be performing their pair’s routine at the Blueberry Festival, Friday night at 7:00 pm.  It was a wonderful day and both girls did a great job. 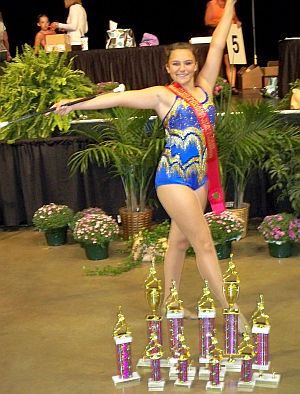