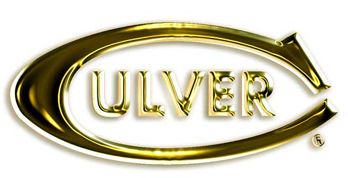 Classes at Culver Academies began Aug. 24 with 789 students enrolled representing 39 states and 27 countires. The Academies 117th school year began officially on Aug. 23 with the traditional Matriculation Ceremony for all news students followed by the Opening Convocation in Eppley Auditorium.

There are 62 students enrolled from Culver, 14 from South Bend, 12 from Plymouth, and 11 from Rochester. Other communities represented are Argos, Knox, Logansport, Monterey, North Judson, Notre Dame, and Winamac.

Beginning his 12th year as Head of School, John N. Buxton presented his opening remarks to the student body, with members of the faculty and staff attending in cap and gown.

Buxton’s topic was “Our Need for Heroes.” While Culver has many heroes –the cadets who saved Logansport residents from floodwaters in 1913, CGA founder Mary Frances England, and the alumni, faculty and staff who have provided for and served Culver “with selfless devotion” – Buxton asked what it will require for students to become their own heroes.

“The formula,” Buxton said, “is fairly straight-forward: respect others; respect yourself; and be your best self as often as you can. While you are practicing this approach, trust Culver to serve as the exemplar it can be in your journey toward adulthood.”

For Culver’s new students, the Matriculation Ceremony involves the passage, literally and figuratively, through Logansport Gate. It is the beginning of a Culver education that will culminate with graduation through the Iron Gate for the cadets of Culver Military Academy and the Graduation Arch for the seniors of Culver Girls Academy. Students also heard the story of the 1913 Logansport Flood, and the leadership role that Culver students played in saving hundreds of lives, and the symbolic significance Leadership Plaza.

About the Culver Academies

Located 100 miles southeast of Chicago and 100 miles north of Indianapolis on Lake Maxinkuckee in Culver, Ind., the Culver Academies is a boarding school offering a college-preparatory curriculum for boys and girls in grades nine through 12.

Culver’s mission is to educate its students for leadership and responsible citizenship by developing and nurturing the whole individual through integrated programs that emphasize the cultivation of character.

Founded in 1894, the boys’ school (Culver Military Academy) is based upon a military-type system used to teach self-discipline, responsibility, and leadership. Culver Girls Academy was founded in 1971 and is based upon the prefect system, with girls following a democratic, self-rule operation teaching similar values.

The Academies and the six-week Culver Summer Camps, with an enrollment of 1,300 for boys and girls ages 9-17, operate on the same 1,800-acre campus in north-central Indiana.