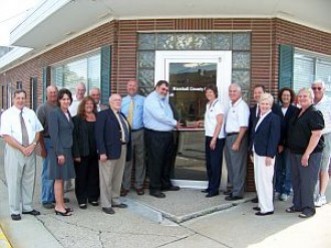 The Marshall County Republican Party held an Open House Wednesday evening at their new headquarters at the corner of Garro and Water Streets.  County Chairman David Holmes cut the red, white and blue ribbon on the front door of their new permanent location.  Many elected officials and other republicans took a few minutes to tour the new facility while refreshments were served.

Prior to the Open House a caucus was held to select a new township trustee for Union Township.  Marlene Mahler has held the position for 12 years and will step down at the end of this year.  She is running on the Republican ticket this November for County Recorder.

During the caucus Jarry Greeson was voted as the new Union Township Trustee.  He will take over the duties of the trustee on January 1, 2011. 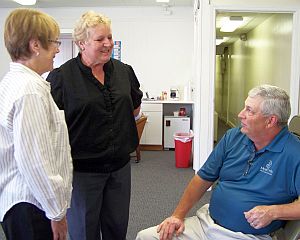 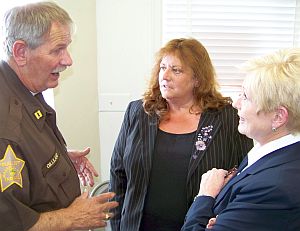 County Chairman Dave Holmes introduced Greeson to the crowd gathered in the new headquarters.  Greeson said, “I’m a transplant from Lake County but my wife (Joyce Odle) is home grown and we literally bought the farm. The family farm that is.”

Holmes said, “You can admit to being a republican now that you are out of Lake County.” 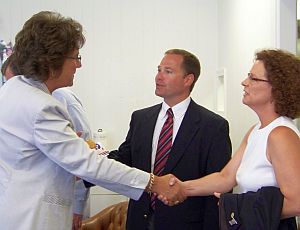 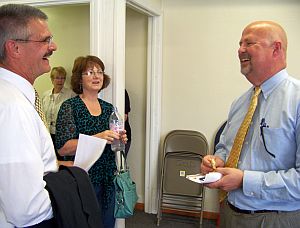 Greeson commented that he is excited about the challenge and believes his conservative views will assist in running the township.