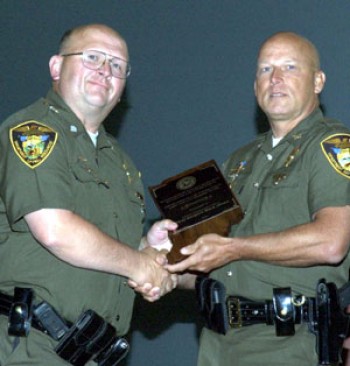 The award is given yearly to a DNR Law Enforcement Division staff officer who displays qualities of intellect, human understanding and moral character that enables a person to inspire and control a group of people successfully.

Hines and his wife Tammy live in Nappanee.