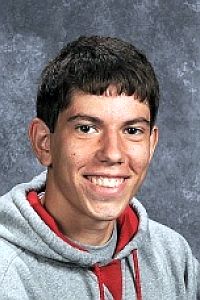 Plymouth High School has named its 2010 valedictorian and salutatorian. They are Todd M. Vervynckt and Andy Langdon.

Outside of school, Todd has been involved with Saint Michael’s Catholic Church Youth Group, Habitat for Humanity as a volunteer, and the Indiana Invaders Soccer Club.

He has attained honor roll status and is a Tri Kappa Scholar and Scholar Athlete of the Month for September 2009.

His future plans are to attend Valparaiso University to major in Mechanical Engineering. 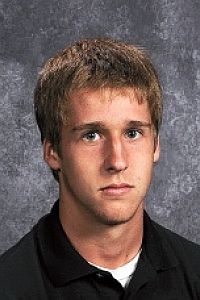 Andrew Langdon, son of William and Mindy Langdon, is ranked number two in a class of 264.
He carries a GPA of 11.845 on a 12-point scale. Andy has also earned an Academic Honors Diploma.

Outside of school, Andy is a member of St. Michael Catholic Church, Encore Performing Arts Board of Marshall County, a charter member of the county ‘s Philanthropic Youth board, and a counselor for SMILE and FUSION Christian-based camps.

An honor roll student, Andy is a Tri Kappa Scholar and placed first in “Summer Shakescenes” at the University of Notre Dame. He is a National Forensic League Academic All-American, National Speech Qualifier in 10 through 12th grades, Speech District Student of the Year, semifinalist for Speech National Student of the Year, a Hoosier Boys State nominee and PHS nominee to Lugar Symposium.

His future plans are to attend Attend Loyola Marymount University to major in film and television production.