Park Board Recommends Removal of Bollards 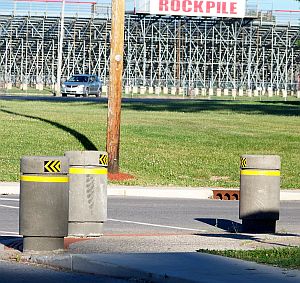 The bollards at the intersection of Baker and Randolph Streets in Plymouth may be on the move.

This week the Plymouth Park Board gave Park Superintendent Mike Hite the approval to remove the bollards from the intersection.  The board authorized removal pending confirmation from the city attorney that they are not required by law.

Superintendent Hite said, “They (bollards) are becoming an eye sore.  They’ve been hit over and over and are becoming a hazard.”  He had a quote from Titus to replace the bollards with a much smaller post with a small cap on top.  He suggested moving they back further from the intersection.  The quote was $1,800 with the park maintenance crew doing the install.

Park Board member Bob Beiter said, “They were put in place to protect the walkers and bikers but we have a 4-way stop there.  There is no other place on the trail that has them.”

The Park Board has looked at the bollards before with the developer of the Greenway Trail, the Troyer Group.  They did not provide any solution so the obstacles just stayed in place.

In other business the Park Board took official action to accept the Mayor’s resolution turning over the downtown park area over to the Park Board. 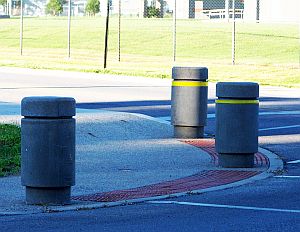 Board members also granted approval for Superintendent Hite to apply for a Transportation Enhancement (TE) Grant for phase II of the Greenway Trail.  Once the application is completed it will be forward to MACOG for review and recommendation prior to submission to INDOT.